The day began again before 6 o'clock in the morning. It was pleasantly warm with clear African weather. I crept quietly out of the tent to not wake my bed neighbor. He slept quietly.

A technical talk before breakfast with Matthias and a coffee about the current state of drone technology rounded off the waiting time pleasantly until breakfast. The breakfast, prepared by Les and Tayla, with fresh coffee and warm croissants, was, as always, exquisite. The only challenge was: which fresh spread prepared by Les will I use today for my bread.

As every morning, we took a game drive through the reserve. As a photographer and the camera eye of the group, there were numerous opportunities to photograph wildlife up close. The highlight topday where photographing the Rhinos Dodo & Bertie up close - simply amazing. Les answered all questions about flora and fauna. Back at the lodge we had some lunch to get back the energy and some chill time to process all the impressions of the morning.

After the break, Les told the group about the Anti Poaching Project, which got us in the mood for the afternoon's event. The shooting range was going to be a challenge for someof us  today. After a detailed safety briefing by Les, we headed off to shoot with a pistol. Everyone had 2 shots per round at 3 different distances, accompanied by Les and Tommy. The guns weren’t the only hot thing, but also the African sun standing vertically in the sky.

Even if this sounds unreal to outsiders, weapons for self-defense are a common part of the work in the bush of South Africa.

Back at the lodge we had another break. I used the time to shower and do laundry. Others did sports or lay down to rest. Impressive was an approaching thunderstorm....typically African. At 3 p.m., Lea introduced the four pillars of the AMES Foundation to our group. I then told the Guardians about the status of the drone project we had running.

We went on another game drive and were supposed to enjoy a sundowner on the open plains. We drove across the steppe, saw Rhinos and suddenly, for the fourth time this week, the Land Rover had a flat wheel. We stopped in the middle of the road and enjoyed our sundowner there while waiting for Tommy to bring the spare tire. It was an emotional moment for me personally, when Les gave me a gift - he presenting me with his wooden walking stick that he was never seen without. Carved from african wood and simply unique.

"I want you to take it with you to Germany, I have walked many many miles with it" were his words. I had tears in my eyes! What a trip! To be right here, in this beautiful place, with such great people...on the Dabchick Serengeti. Thank you! It was a fantastic atmosphere. 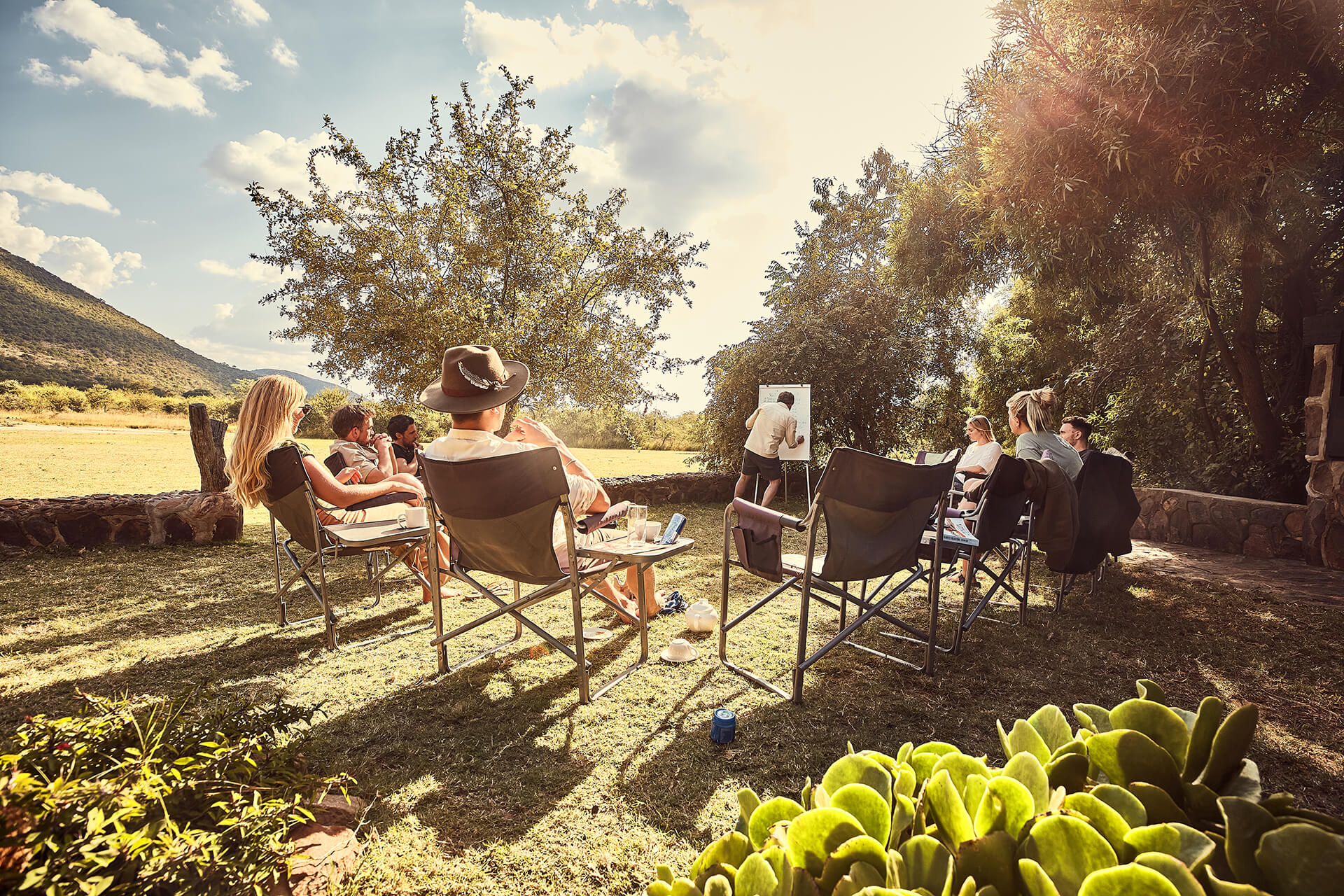 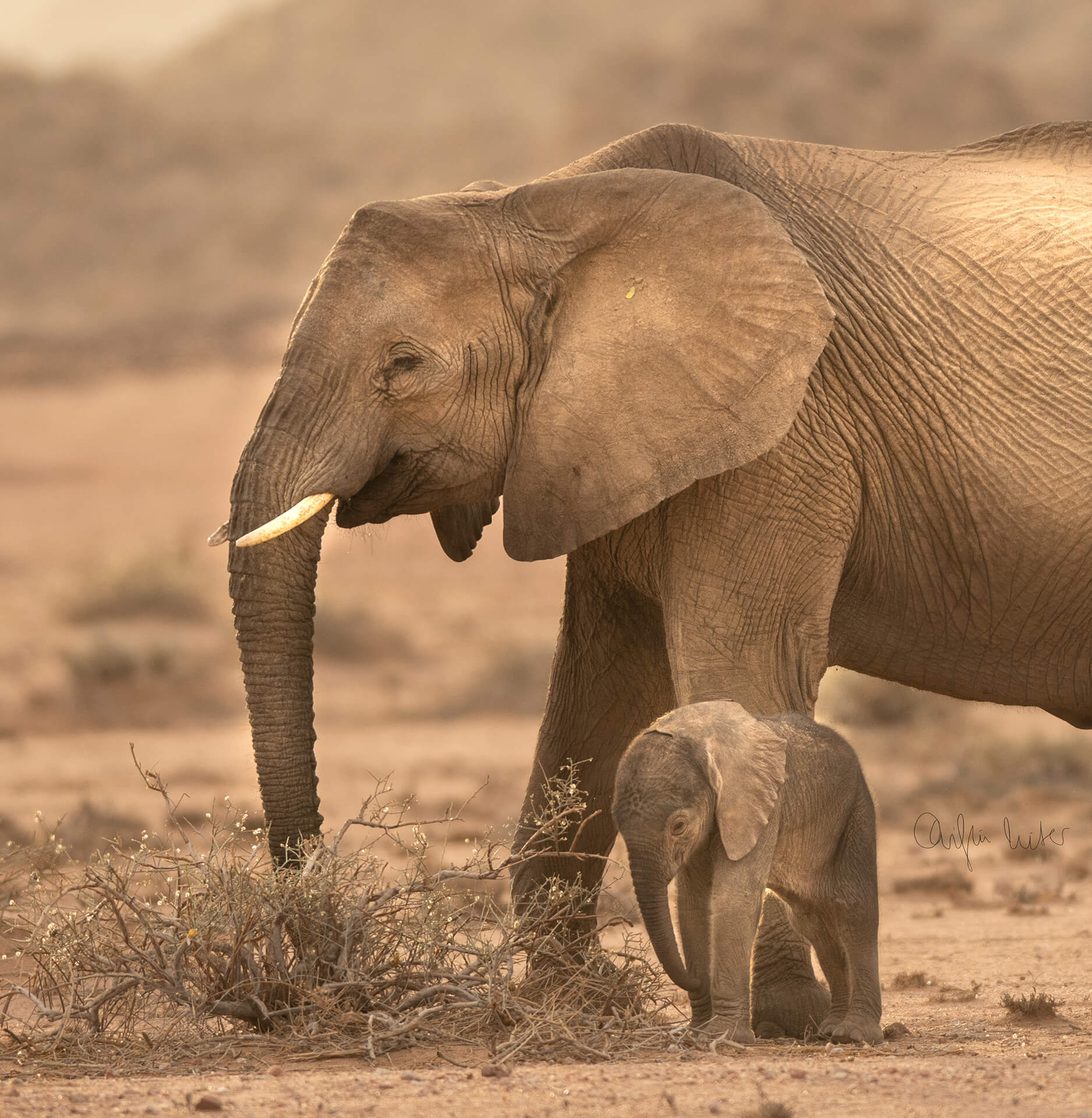 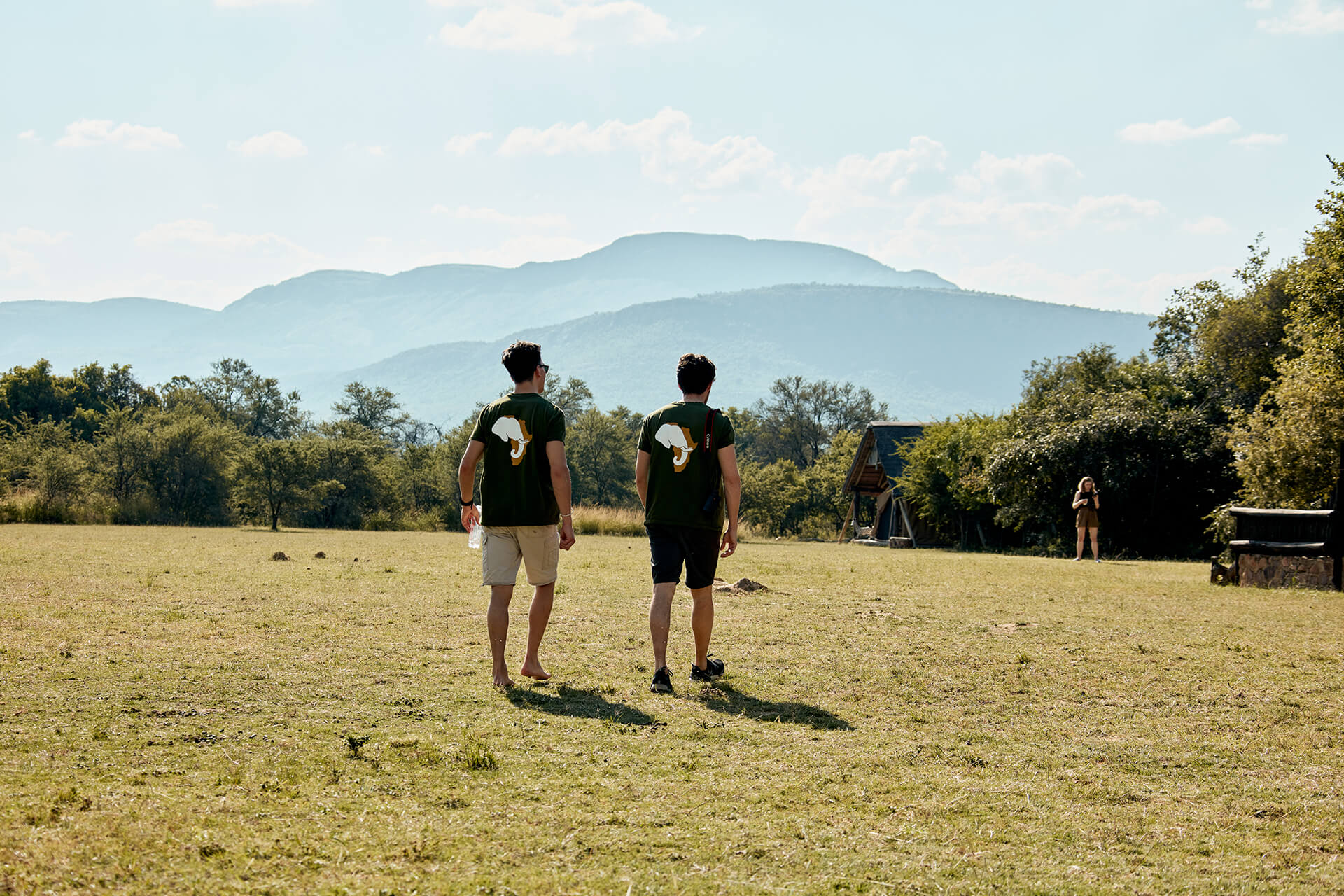